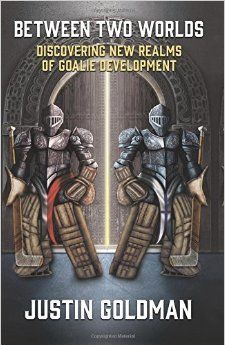 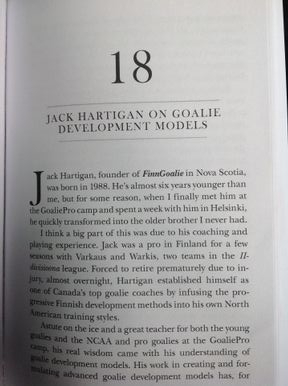 Justin Goldman, founder of The Goalie Guild and a regional goalie scout for USA Hockey, embarked on a four-month summer journey to Finland, Canada, and throughout the United States in order to discover new realms of hockey goalie development.

Traveling over 24,000 miles and scouting more than 250 goalies from May until September of 2014, Goldman was exposed to a plethora of different coaching methods, training environments, and tactical puck-stopping strategies. He had originally planned to write an in-depth comparative analysis of playing styles between North American and Finnish goalies, but as his exhausting summer journey continued, Goldman realized his research was opening the doors for something much bigger.

Loaded with science, research, personal experiences, and numerous interviews with some of the world’s finest goalie coaches, "Between Two Worlds" provides goalie enthusiasts of all ages and backgrounds with a variety of unique perspectives on the current state of goalie development. It also brings you inside Goldman's mind as he attempts to create a solution to one of the biggest problems currently facing goalie development in the United States – a lack of a goalie coaching certification program.